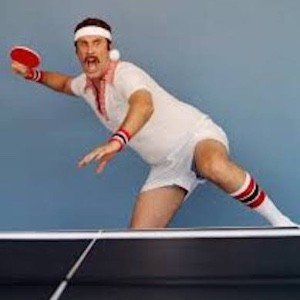 Please Help Me Reach My Goal

Two teams will play Ping Pong and the losers will have the choice to either have their heads shaved 'Monty Burns' style or dye their hair blonde!

We invite you to join us and cheer on the players for this worthy cause.

This has been arranged in support of an extended Caterlink Family member.

Click on MY TEAM (on Caterlink Logo) - to see who is playing!

"2 Purebred Englishmen sent from the 'mother country' for one reason - make the heads of Ben & Dan, blonde or burnsy!   The 'brick wall' (Phil) hopping around on one leg and the 'flair guy' (JK) using the net to his advantage. The yin and the yang. The perfect team. Phil's serve forever camped in Daniels head, planting seeds of doubt'.  Once a small sapling, now a mighty English Oak.  JK's return of the BC serve 'the back from whence it came' the catalyst for his capitulation early on.  If you're a betting man, get your money on the Purebreds!"

Such an amazing duo! Like a meat pie & sauce, vegemite & toast, Bunnings & a snag, Nollsy & Sebastin, Hamish & Andy, Ben & DK truly are an inspiring partnership! Ben started as a warehouse employee, having ample time to work on his pong degree.  DK has little credentials to his name, however, FIFA and table tennis shall remain.  It remains unkown why Ed Sheeren and Karl Marx would challenge this iconic Duo to such a game, some say it's only to chase fame.  Gather around to see this matching pair, like cheese & wine is to the French, burgers & guns are to the Amercians, pizza & pasta is to the Italians, honey chicken & fried rice is to the Chinese, beer & pretzels are to the Germans, vodka & war is to the Russians, Waterhouse & McManus were to the Dockers, these 2 guys are what makes table tennis great again."

And the most important person of all -

"The man in the white coat, of judicial decisions here upon the 'Pong Table' is final.  Desmond Gerard Gibson is of such stature, being the under 14's 1975 North Canterbury NZ Singles Table Tennis Champion has International experience and depth of knowledge, is in good standing to preside over this 'Battle of Britain' verses 'God's Own Country' combatants.  All payments, overeas holidays, home renovations and liquor (amber or of the grape) will be graciously acepted and be distributed evenly amongst the participating crown as per company policy.  These actions are to encourage with robust vigour the titanic battle of 'Pong' and the aftermath slating, ridicule and trash talk of the looser!"

(and yes, this was written by them

Thank you to my Supporters

Hi guys . A great big thank you for sponsoring Immunotherapy . It is very dear to my heart as my beautiful brother is going through this type of therapy at the moment . I can’t thank you enough - you’re the BEST ❤️

Good on you lads for having a bit of serious fun!

Well done, what a great cause and a brave team you have! 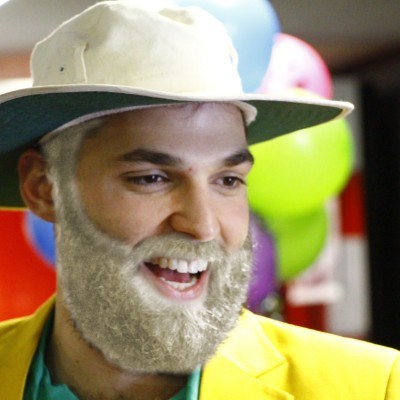 Fundraising Guidelines  |  Privacy Policy  |  Terms of Use
Cancer Council NSW is registered with the Australian Taxation Office as an Income Tax Exempt Charity: Charitable Fundraising Authority No. 18521.
ABN 51 116 463 846. All donations over $2 are tax deductible.